Video Killed the Radio Star...or Did It? 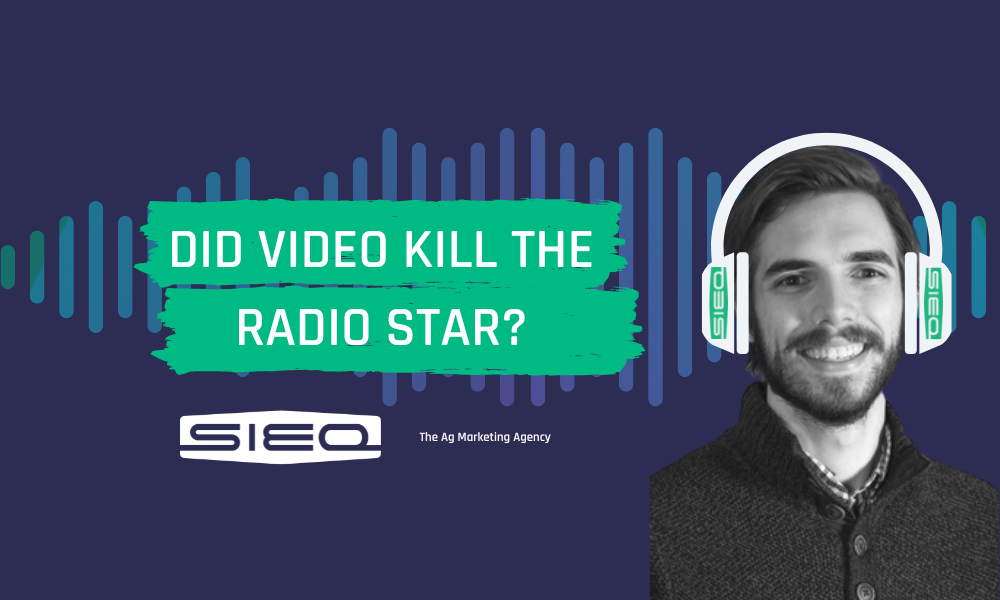 Prefer to watch your content? No problem! Take in this blog written and presented by SI EQ Account Executive, Nik Hiles here on our YouTube Channel.

RADIO IS DEAD!? Ok, no, BUT audio medias have rapidly evolved over the last 30 years. We have gone from relying on radio and CDs for our audio entertainment to streaming whatever we want whenever. With a shift this big, advertisers need to ensure that we adapt and prepare for what is next.

So What Is Audio Advertising?

A paid message from an identifiable company promoting a product or service via any form of audio broadcast, stream, live audience, or podcast. Audio advertising includes adverts on radio, talk shows, streaming platforms like Spotify, and podcasts.

The Rise Of Digital Audio Advertising

So before we dive into the ongoings of today’s audio advertising landscape, let’s take a step back and see what has changed in the last 30 years.

Previous to the 90s, radio dominated audio advertising! Yes, companies could sponsor a tape or CD - heck, I remember Chick-fil-A giving out tapes in their children's meals. But truly, audio advertising was radio. 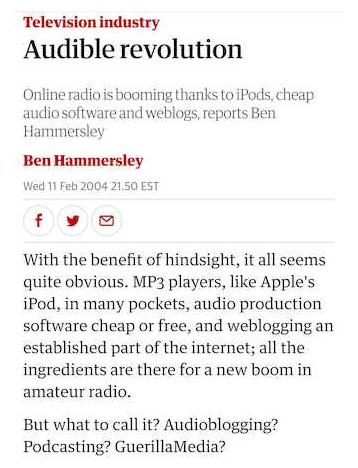 In the 2000s, digital audio options began to rise but struggled due to technological limitations, mainly device capabilities and internet connectivity.

One key thing to acknowledge when looking at audio media is the listener’s ability to do something else while listening. Unlike video, listeners are free to move around the house, drive, and go on runs without missing any content.

The 5 Types of Audio Ads

#1 Radio
Believe it or not, Radio is still a viable option for your marketing plans. It reaches a large audience for cheap and works in rural areas where internet connectivity is not guaranteed.

The major con of radio advertising is the limited reporting available, as media vendors can only share if the ad runs and not how it performed.

#2 Live Audience
Think Friday Night Football or Symphony Performance - the announcer reads a script saying something similar to “Thank you to tonight's sponsor Jimmy’s Tractors & Equipment, your one-stop shop for all things tractors.” Live audience reads can be a great way to speak to a community and raise awareness because the advertisement is happening in real-time, tied to a live event.

#4 Digital Audio Ads With Video Support
Content such as podcasts and concert recordings where the content doesn’t rely on the visuals can be considered an audio ad.

The video streaming platform YouTube ranks as the most popular music streaming platform in America. Consumers (like myself) will stream music from YouTube on their laptops while working on a different tab. They MAY look at the visuals every once in a while, but their enjoyment of the content is not harmed if their eyes are not focused on the video. 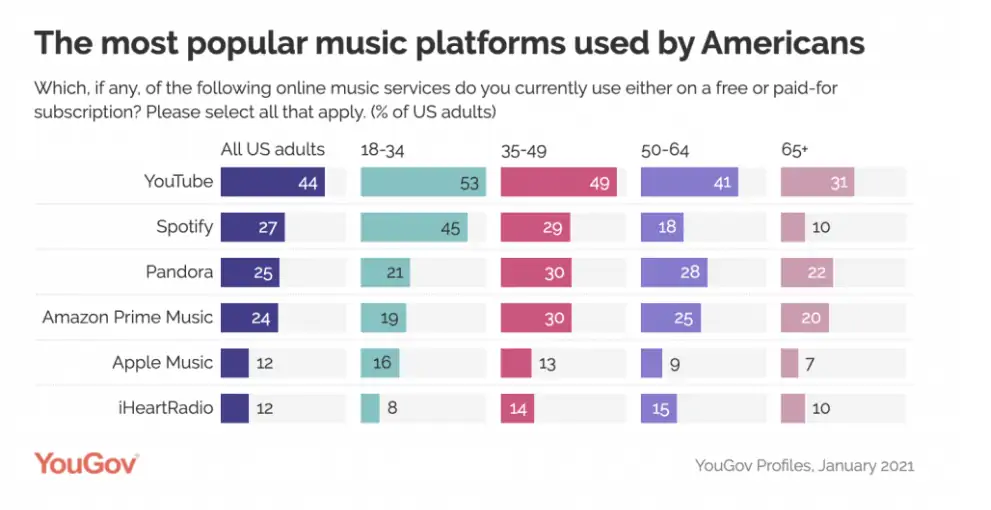 Apple Music does NOT offer ads.

#5 Podcast Ads
According to Spotify, the number one podcast platform, 1/3 of Americans listen to podcasts on average 40 minutes per day. These figures can be tied to consumers’ work commutes, multitasking, and screen fatigue, where listeners are tired of staring at screens.

So Does Audio Advertising Matter?

Yes - yes - yes! Audio advertising matters! Audio is one of the largest and most powerful mediums in the United States providing advertisers an amazing opportunity to reach their target audience as they enjoy their favorite songs, commute to work, and go for their weekly run.

In fact in some cases, in political seasons where CPMs on streaming and linear TV are at their highest, we receive more actions from digital audio efforts than we do video content.

What platforms should I get on?

This question (of course) depends on your goals, target geography, and the size of your marketing budget. As you just read, there are a lot of great platforms, each with its own advantages and disadvantages, so one platform does not fit all.

For a free consultation on how SI EQ can help you achieve your marketing goals through audio advertising, email Alex Hanes at [email protected], or if you are already a partner with SI EQ for your marketing, contact your marketing account executive for more information. 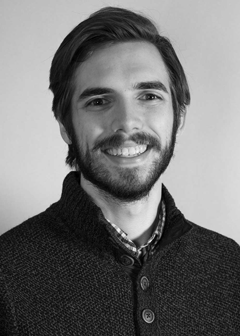